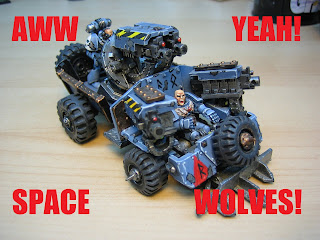 So, not to be discouraged by the distinct lack of page views and comments after my intro post (T_T), I decided to just go ahead and keep blogging. Maybe someone out there will love me one day...

Anyway, Dystopian Wars. This game by Spartan Games (LINK!) is a steampunk fantasy naval/aerial/land combat game. You command a fleet of ships that can be any combination of land, sea, and air. I started with a naval fleet of the Prussian Empire with a bunch of other guys from the FLGS (Dystopian Wars started with naval fleets, so they're where most people start). So far, the game's pretty awesome. I've played two games and it's definitely a blast.

As for actual gameplay, it uses an "exploding dice" mechanic that's also core to Spartan's other two games, Firestorm Armada and Uncharted Seas. Basically, when rolling to hit, you get a certain number of D6s governed by the gun and the range you are firing at. For every 4 or 5 you get, you score one hit, each 6 gets you two hits and a re-roll. If the re-roll gets a 6, you get another two hits and another re-roll! This can go on potentially infinitely if you keep getting sixes. Then, you compare the number of hits you got to the Damage Rating of the ship you're shooting at. If you match or exceed it, you do a damage. There are other factors, obviously, but the system is very interesting. It makes it so that even the weakest attack can potentially hurt a very tough enemy, and an average attack can completely cripple an opponent.

Other elements of the gameplay add to the strategic complexity without making it cumbersome. For example, depending on the ship's size, you use different templates for turning. Smaller ships can turn sharper than larger ships. Different weapons have different LoS arcs depending on where on the ship and how they are mounted.

Anyway, the game is fantastic, and the starter fleet is only $50. I HIGHLY recommend that anyone that's looking for a new system pick it up. I've only played two games and I can tell that this game has a ton of potential. I know I'll be playing it long and often.

This is the official launch of Dice 'Til Dawn, my tabletop wargaming blog. I am James, or smguy, or Subsocial, depending on where you know me from. I'm a college student, currently studying physics and hopefully electrical engineering, if I can get into the program (fingers crossed!). As for this blog, well, I kinda just wanted a place that I could ramble on about wargames without driving those around me mad. I'm probably going to talk about strategies I'm considering, my thoughts on armies or games that I play, and fluff. A lot of fluff. I love 40k fluff, and I love talking about it, so expect a lot of it.

A bit about me as a gamer: I've been into the 40k universe since early elementary school, but never actually got an army until around the middle of high school for various reasons. I currently play Tyranids as my 40k army, Khador as my Warmachine army, and I recently picked up a Prussian fleet for Dystopian Wars. My true love is 40k, mainly for the background and models, though I do greatly enjoy playing games in all three systems I own. I've also played Dungeons and Dragons for quite a while and have been involved in both Dark Heresy and Deathwatch in varying capacities. I want to try Iron Kingdoms sometime, but haven't gotten the chance yet, and I'm too busy to take up a whole other RPG.

Anyway, that's me! If anyone is actually around to read this, I want to hear about you! Knowing my readers might help me guide articles in the future. So tell! Who are you?
Posted by smguy at 1:03 AM No comments: